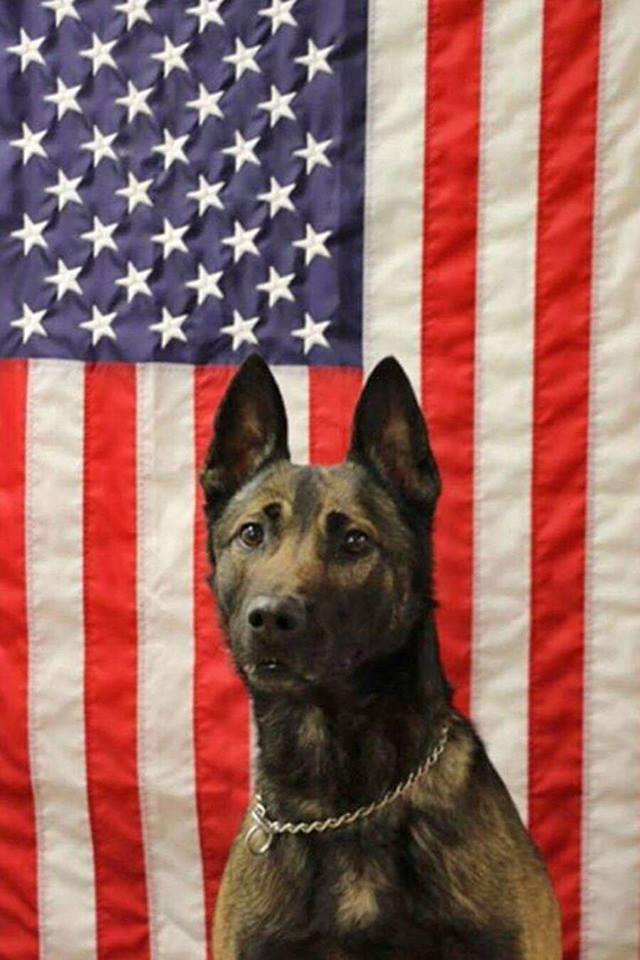 KABUL, Afghanistan — A U.S. military working dog was killed during a recent clash in Afghanistan in which an American soldier also died, military officials confirmed Tuesday after the dog’s unofficial biography began circulating on social mediThe dog, named Maiko, and Sgt. Leandro A.S. Jasso — who was assigned to the 75th Ranger Regiment’s 2nd Battalion and whose death was previously reported — were fatally wounded during a raid against al-Qaida militants in southern Nimruz province on Nov. 24, military officials said.The 7-year-old dog was leading Rangers into a compound when at least one militant fired at him, revealing the militant’s position, which the Rangers then targeted, according to a biography of the dog.“The actions of Maiko directly saved the life of his handler … and other Rangers involved during the clearance,” the biography said.A spokesman for the 75th Ranger Regiment at Fort Benning, Ga., said they were still trying to determine who released the unauthorized biography for the multi-purpose canine, but said it was accurate

The biography and what purported to be a photo of the Dutch-born dog were first published by the popular Facebook page U.S. Army WTF Moments. A representative of the site declined to say how they had gotten the materials.

Jasso, who was not Maiko’s handler, died from injuries sustained during the same operation. Preliminary reports indicated his death was caused by Afghan forces who accidently shot him during a close-quarter firefight against “one of multiple barricaded al-Qaida shooters,” the military said in a statement last week.

Like many of his human counterparts, Maiko had served multiple tours in Afghanistan — six in total — and conducted over 50 Ranger-led raids, the biography said. He had the most training and combat experience of any dog with the battalion at the time of his death.

“Rest assured, Maiko never backed down from a fight with the enemy, training or combat,” the biography said. “He embodied what it means to be a Ranger.”

Hundreds of dogs have been used to support troops in Afghanistan since the U.S. arrived in 2001 to oust the Taliban from power. They are trained for a variety of tasks, including detecting explosives and apprehending combatants. About 1,600 dogs are either in the field or helping veterans, the military has said.

While many dogs are trained for a specific task, multi-purpose canines like Maiko are highly skilled and must undergo a rigorous selection process, like the Rangers they assist. Maiko had been trained in patrolling, tracking, bomb detection and apprehension functions and had used these skills on several occasions, including clearing buildings.

Maiko, who had worked with five Ranger handlers over his career, was remembered for his “rock solid consistency” and forgiving nature.

“There was not a day that passed where he was not 100 percent committed to giving everything he had, regardless of how hot it was, how long the (operation) was, or how many buildings needed to be cleared,” the biography said.

The document described the loss as devastating but said the results of Maiko’s willingness to operate without regard for his own well-being were tangible.

“It is an empty kennel, husbands coming home to their wives, kids getting to see their fathers once more, and Rangers getting to live to fight another day,” it said.

This message is only visible to admins.
Problem displaying Facebook posts. Backup cache in use.
Click to show error

Error: Error validating access token: The session has been invalidated because the user changed their password or Facebook has changed the session for security reasons. Type: OAuthException